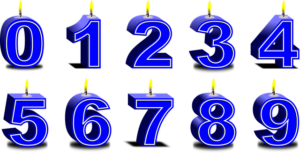 Perhaps the second most important piece of information included in a Diversity Visa selectee’s letter of selection – after the clause “you have randomly been selected” – is their case number. So what in essence is case number? How is it determined? What is its importance? . . . among others, are questions this article provides answers to. Let’s begin by explaining what a Diversity Visa case number actually is.

What is case number in DV Lottery, and how is it determined?

Said numbers remain ‘attached’ to the entries up to the end of the selection process. Entrants who end up not being selected in the process never get to know their assigned number.

Those on the other hand who are eventually selected get to ‘discover’ their assigned number in their letter of selection. It is this ‘assigned number’ from the selection process which eventually becomes – and is henceforth referred to as – the Diversity visa selectee’s case number.

This reality generally results in nonconsecutive case numbers in each region. For example, in a given region, you may have the initial case numbers to be 5, 7, 8, 9, 13, 18, 20, etc. Meaning the missing numbers are actually the case numbers of entries which happened to not have been selected.

This indicates that having a case number like 20 from our example above does not mean that there are 19 cases before yours. Usually, there are far fewer cases than that. How many cases there are before your case depends on the number of entries with case numbers lower than yours that were actually selected during the selection process.  If during the selection process for example, 12 cases with case numbers lower than yours were selected (the rest not being selected), then there will be 12 cases before yours after the results are published.

For example, the Africa region which usually provides the highest number of entrants to the DV Lottery (see chart) has the most extensive case number range (extending up to more than 80,000 in some years). And North America (comprising only one country) which accounts for the lowest number of entrants every year has the least extensive case number range (the highest being low double digits); etc.

It must also be noted that case numbers can only be ‘compared’ within the same region and not across regions. What is considered a low case number in one region may be a high one in another region; and vice-versa.

Just by observing, you’ll realize that a case number comprises four parts.  The first four digits are the program/visa year. That is, the fiscal year in which the selectee is eligible to apply for a Diversity Visa. Those four digits are followed by a two-letter abbreviation of the selectee’s region, then a number of zeros introduced to ensure that the case number has the same number of digits as others (8 digits); and finally the actual case number.

Note: When signing the DS-260 to submit it, the applicant is requird to enter his/her case number without the preceeding zeros. Failure to follow said instruction leads to an error message, thus preventing the form from being submitted.

A selectee’s case number dictates at what time in the program year that selectee is supposed to be interviewed. It is paramount in knowing the chances he/she has when it comes to getting scheduled for an interview. Case numbers contribute more to the fate of Diversity Visa cases than does personal effort.

It is true that an individual has duties and responsibilities as a Diversity Visa applicant, but the fact remains that an applicant with a low case number stands a better chance of being interviewed than another with a high case number. All because interviews begin with the lowest case numbers and end with high ones in each region.

That is why unlike what is generally believed, an immediate submission of one’s DS-260 upon being selected is not the key to getting an early DV interview. But understanding the position of one’s case number in his/her region and knowing how to act accordingly always work in the best interest of an applicant’s Diversity Visa case.

SUGGESTED: To have an idea of the position of your case number, the chances you have of being interviewed, as well as the most-likely time of the program/fiscal year when you’ll be interviewed, READ THIS ARTICLE.