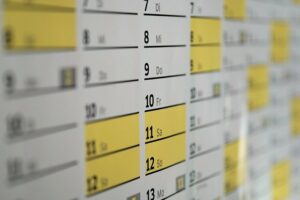 Over the years, the number one question asked by those applying for U. S. immigrant visas has been: “When will my interview be?”. This question will undoubtedly dominate DV forums when the DV 2020 results are released in just over a week.

To answer this question, one is usually referred to the Visa Bulletin. So, what in essence is this “Visa Bulletin,” and how do you use it to know your ‘approximate’ interview date?

The Visa Bulletin is simply a chart/table that provides information regarding interview dates for cases of immigration to the United States.

The Visa Bulletin is published by the Bureau of Consular Affairs of the U. S. State Department and appears on their official website around the middle of every month (officially), although sometimes it is delayed, and appears on the website later than the usual time.

The Visa Bulletin concerns all the different types of immigrant visa applications. In this article, however, we concern ourselves ONLY with the section of the Visa Bulletin related to the Diversity Immigrant Visa (DV) program.

DV Category of the Visa Bulletin

The DV Section, which is usually the final section of the three immigrant visa categories in the VB has two components, showing information for the two consecutive months that follow the month the VB is published.

The two components are:

Now, let’s go into that.

Firstly, it will NOT show information about January, the month in which it was released (because it is NOT intended for that month). Instead, it will give information for February, the month it is inteded for (in its first component), and for March, the month that follows (in its second component). When the next VB is released in February, information about February will no longer feature on it. It’s now the “Visa Bulletin for March”, but will also highlight what is expected in April, and so on.

That is the sequence in which VBs are released. This allows a continuous “rolling out” of two consecutive months at a time, throughout the year.

Summary of the most recent VBs from all regions

AMERICA, SOUTH and the CARIBBEAN

What are these numbers saying?

Note: The United States Fiscal Year runs from October 1st of one year to September 30th of the following year – and not January to December – as shown in the tables above.

What is meant by ‘a case number is current’

As the Visa Bulletin announces the case numbers to become current (cases to be interviewed) in two months’ time, the cases concerned are notified at that same time – two months to their interview.

For example, if a case is to be interviewed in October, that case is notified in August. The Visa Bulletin published in August includes the regional / country cut-offs for the month of October.

And all cases whose case numbers are BELOW the cut-off for the month of October are notified in August of their interview to be held in October. Those to be interviewed in November are informed in September. December interviews are notified in October; and so on – always two months ahead.

The interview for a given case is conducted during the month that the Visa Bulletin says that case number will be current. Provided the DS-260 form(s) AND required documents of that case had been submitted several weeks – if not months – earlier.

Other VB realities to understand

You may have observed the word ‘Current’ in the tables above. Whenever that word appears in the Visa Bulletin for any region (we say that region is/has become current, which usually occurs in the second half of the fiscal year), it means interview in that region is open to ALL cases which have met the two requirements to be interviewed, namely they’ve submitted a complete and valid DS-260 application for each family member, and they’ve provided copies of all required documentation to the Kentucky Consular Center. When a region becomes current, case numbers no longer matter. What matters instead is being on record for having met both requirements spelled out above.

Another reality of the Visa Bulletin is regional exceptions (which are common in the Africa and Asia regions). This reality causes some countries to be dealt with apart from the rest of their region. Such countries have their own monthly cut-off numbers which are generally below that of their region (See Egypt in the Africa region; and Iran and Nepal in the Asia region, FY 2020). That is quite normal, and does not present any inconvenience to applicants from the countries concerned. It’s just a way of dealing with realities in those countries which are not the same as those in the rest of the region.

How to determine your approximate interview date

The way to determine your DV interview date approximately is by looking at VBs from recent years to see in which month case numbers close to yours were scheduled for interview. Once you determine that, you then extrapolate; i.e. you somewhat conclude that your case number would be scheduled for interview around the same time as other numbers close to it were, the year(s) before.

Let’s consider the above table for the the sake of explanation. When the results are released in just over a week’s time, we can say that someone in the Europe Region with a Case Number 3500 will most certainly be scheduled for interview in November. That is because case numbers around 3500 were scheduled in November during the DV 2018 and DV 2019 Programs. (Update: And that is what actually happened. See FY 2020).

This is how one goes about determining his/her interview month. That’s why we usually use the word “approximate” when predicting one’s interview time. When it comes to the exact date of the interview, you only get to know it when you receive your NL2 in which all your interview details will be spelt out.

Exercise Some Level of Caution

It could be tricky if your case number is close to a past cut-off number. In that case, it could fall in either of the months bordering that cut-off number this time around.

Moreover, whenever there is a major change in the DV procedure, it affects how cases are scheduled. Certain procedural changes may speed up the rate of interviews scheduled, thereby increasing the cut-off numbers during the fiscal year, while others tend to slow down that rate, and consequently reduce the cut-off numbers.

When procedural change occur in the DV process, a new cut-off numbers pattern takes place and continues until another major procedure comes into play some time down the road to establish a new trend.

The latest major change in DV procedure (at the time of publishing this article) occurred at the beginning of this fiscal year (from October 2018). You can learn about what that change entails in this article I published a couple of months ago. Considering the table above, one notices that this latest change in procedure mainly affected the Africa region. It is the only region among the six that experienced significant drop in its cut-off numbers at the beginning of the fiscal year. All others appear quite normal. The effect was however ‘normalized’ some time around the middle of the fiscal year.

10 thoughts on “What is Visa Bulletin?”