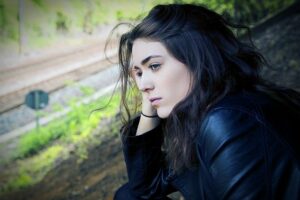 The lifting of PP 10014 seemed to have paved the way for a return to normalcy in the DV Program. It somewhat resulted in what may be described as the “official resumption” of the DV 2021 program. But after losing up to five months in the fiscal year, things do not seem to be going according to the wishes of most applicants.

The ban on immigration imposed by the former U.S. president which remained in place until late February caused the DV-2021 program to actually resume in March this year instead of at the start of the fiscal year last October.

Stakeholders have so far been doing what they can to ensure that the program regain its momentum, For example, under normal circumstances, NL2 are sent two months to interview. Of recent however, some applicants have received notifications of only one-month duration. Also, NL2 were generally sent in two monthly batches. Currently, they are sent in several.

But despite the efforts being made, it appears that considerable damage had already been done to the 2021 program.

Some Effects of the Late Start

The late start of the 2021 program means:

1. Interviews to have been conducted October 2020 through February 2021 were put on hold

Because of the ban on immigration, no interviews were conducted for the first five months of the fiscal year. Interviews which should have been concluded during that period ‘accumulated’ while awaiting the lifting of the ban which occurred rather unexpectedly, taking many applicants by surprise.

2. DS 260s and Required Documents submitted were not processed accordingly

In the DV program, there has never been an established time frame when it comes to submitting DS 260 and documents. Applicants have always been left to decide when to do their submission. And as no-one wants to be ‘left behind’, most applicants submit their application and documents at a time when they are actually not needed, which has always done disservice to upcoming current cases.

This problem was seriously compounded by the suspension of interviews. Not only did interviews accumulate during the first five months of this fiscal year, processing of DS 260s and required documents, which ensures the conduct of future interviews was also not kept up with.

3. ‘Stockpile’ of Documents at KCC

Beginning as far back as June last year, when the 2021 results were published, DS-260 and required documents continue to ‘pour in’ to KCC, including at the time when the Center was understaffed as part of COVID safety measures.

As a result, what’s supposed to be a backlog of cases is actually a ‘stockpile’ of documents which staff members have to ‘sort out’ before processing the cases concerned. The fact that so many documents need to be put in order makes work at the Center currently particularly challenging and consequently quite slower than usual.

1. Number of Selectees Too High

There were more than 130,000 entrants selected for further processing in this year’s program. Even without the delay suffered by this program, the chances of 2021 applicants had already been adversely affected from the start. Under such circumstances (even in the absence of COVID), less than one out of every two selectees would have received a visa. How much lower will this ratio be with the delay and the current pace at which the program is conducted.

To date, many embassies and consulates still remain closed. There are some cases which have been processed but which can not be forwarded to their respective embassies as a result of the closure. Not only will such cases have to wait for their interviewing embassy to reopen (in most cases), the processing of their cases by KCC is to the disadvantage of other cases which have not been processed, but whose interviewing embassies have reopened.

Moreover, when embassies reopen, they don’t, for DV cases alone. There are other immigrant and non-immigrant cases they’ll have to attend to, reducing the number of DV cases they’ll eventually take. In addition, after reopening, their working speed will still be impacted by COVID-related safety measures.

It seems to be “Survival of the Luckiest”

For a second year running, especially for the DV 2021 program, the ‘luck’ element seems to increasingly become a part of the DV application process.

It is no longer just about properly submitting your DS 260 and required documents. Like the initial selection process, it is becoming equally important that you/your documents be ‘reselected’ – this time, from within the existing ‘stockpile’ – in order to be processed. And this is so far what hasn’t happened for most 2021 applicants.

Those who have their DS 260 and required documents in (and believe they were properly submitted) still have to somewhat rely on luck to be scheduled for interview.

Should You Still Wait?

This is the question I’ve been ‘subjected to’ by a number of my readers who have known me to be of the view to only send in your documents when they are actually required. My reasoning for such a position has been in twofold:

1. To avoid unnecessary backlogs at KCC

2. To save applicants from unnecessary ‘headaches’

But reality is, this is a grossly abnormal program year. Firstly, it’s overly selected one. Then, it started off particularly quite late (time is NOT on your side), and thirdly and perhaps most importantly, the current state of affairs at KCC.

It therefore makes more sense presently to send in your documents (if you haven’t done so till now), in order to be in the number, hoping you will get ‘chosen’ (for processing), than to have them not submitted, waiting to be ‘invited’ to do so. After all, (as I mentioned to a commenter on this site), you will not be penalized for doing so.

And who knows? Some of those who may be submitting their documents now will end up luckier than others who sent in theirs nearly a year ago . . .