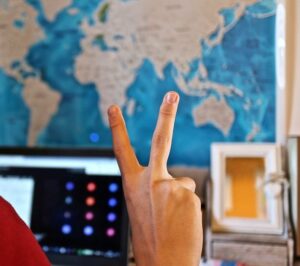 For the past year, the DV program has been in a state of confusion. The ‘disorientation’ suffered by the Program followed the declaration of national emergency in countries around the world as a result of the Coronavirus pandemic. Prior to COVID-19, there were set times which announced various occurrences in the DV Program.

For example, the month of May every year had become famous for the release of DV results by the State Department. Moreover, based on his/her case number, an applicant could readily predict the time of the year their interview would be scheduled. In addition, being issued a Diversity visa meant entry into the United States was sure. But all that changed with the pandemic.

U. S. embassies and consulates around the world closed or suspended visa services; publication of last year’s results was moved from the traditional month of May to a month later; travel bans instituted by the previous U. S. Administration prevented Diversity Visa holders from entering the United States, etc.

Worst of the consequences – perhaps – was the fact that only about a third of the total number of visas allocated for last year’s program were eventually issued. The program was in such turmoil that public interest in it slowly began to be lost.

A Slow Return to Normalcy

However, a couple of events in recent months have begun to cause a gradual return to normalcy.

Firstly, the election and subsequent inauguration of a new U. S. president.

Hopes were raised after the current U. S. president was elected last November. It was believed that the president, who has always been seen as pro-immigration, would change things for the good upon his inauguration.

Secondly, and as was anticipated, the president did positively affect the course of events.

He overturned a number of presidential proclamations put in place by his predecessor. Among them, Presidential Proclamation 10014 which prevented immigrants from entering the United States on grounds that they would compete for jobs with U. S. citizens during the economic recovery following COVID-19.

The overturning of PP 10014 a little over a month ago was the straw that finally broke the camel’s back. As a result of this action by the White House, U. S. embassies around the world are gradually resuming normal operations, some to pre-coronavirus levels.

Not only have a number of embassies started working, the Kentucky Consular Center (KCC) which schedule interviews but had significantly reduced staff levels due to the pandemic and the ensuing closure of the embassies, have also started working. During this month of March, for example, they have sent out several hundred interview notification letters, resulting in a number of U. S. consular posts abroad beginning to conduct interviews.

Although not all embassies have reopened, the fact that a number of them have done so and are currently conducting interviews indicates that others will sooner or later follow suit – a sign that normalcy is gradually returning to the DV Program.

This is good news especially for DV-2021 applicants. Unlike their 2020 counterparts whose program was interrupted due to the pandemic and who suffered a number of inconveniences ranging from not being scheduled for interview to not being allowed entry into the United States – even with valid visas, and a number of whom are still expecting relief from court cases, 2021 applicants have a better prospect.

It is true that several months have been lost in the 2021 Program (interviews were not held from October last year to February this year). But their chances far outweigh those of last year. As long as KCC speed up interview scheduling and the embassies do their part of the deal, we expect to see far more Diversity visas issued this year as compared to last year; and many more DV 2021 applicants consequently emigrating to the United States than was the case with their immediate predecessors.