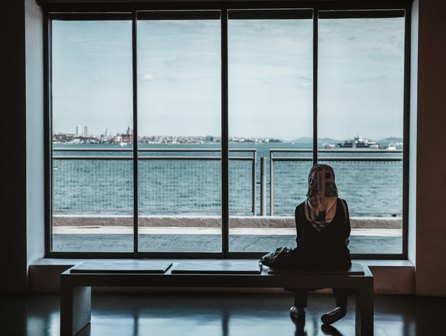 The DV Visa Lottery Application Process is a constant source of confusion for applicants and non-applicants alike. People are usually puzzled by the workings of KCC, which leads to never-ending inquiries. Moreover, many of those who try to provide information on the subject actually add to that confusion. But it should really not be that way.

After a DV entrant checks his / her result and sees that they have been selected, their application process begins when they fill in and subsequently submit their online DS-260 Immigrant Visa and Alien Registration Application form. The submission of the DS-260 form is what makes a selectee an (official) applicant for a United States Diversity Immigrant Visa.

The conditions to be attended to

In this article, I’ m going to explain how the system put in place works to attend to the various DV applications submitted to the Kentucky Consular Center (KCC). To do that, let me spell out a number of (current) realities that apply to the application process:

1. Only selectees/cases that have submitted their online DS-260 Application are considered for “further processing” by KCC;

2. Applications (DS-260) submitted to KCC are “placed” in “regional queues,” beginning at the lowest, and ending at the highest case number in their region;

3. (Recently added) Applications in the regional queues must have sent in their “required documents” to KCC as one of the conditions to be attended to;

4. The other condition for a submitted application (DS-260) to be attended to is when its case number becomes current i.e. when it is the same as (or higher than) the cut-off of the previous month, but BELOW the cut-off of the current month. Provision for interview in a given month is made only for cases that are current.

5. The State Department establishes up to what case number should be interviewed from each region every month. That’s where the Visa Bulletin (VB) comes in. It shows cut-offs for each region on a monthly basis. A cut-off is a number that establishes the “interview range” for a given region in a given month. In other words, it determines the case numbers that are/will be current in that month. So if your Case Number is the same as or higher than the cut-off number for your region for a given month, you must wait for the release of the next Visa Bulletin to see if it would become current.

With the above in mind, let’s get straight into things.

It all starts in August

Because of that, selectees (from the results published in May) with the lowest case numbers within their region must fill in and submit their online DS-260 Application AND scan and send in their required documents to KCC before July ends, in order to be attended to in August and scheduled for interview in October.

At about the same time, the State Department publishes the cut-off to apply in October for each region, in the September Visa Bulletin. The release of the September VB is immediately followed by the sending out of notification letters for October interviews to those applicants whose required documents have been received and who fall BELOW the October cut-off published for their region.

An Example, for Better Understanding

When September begins, attention moves to November interviews, beginning at the cut-off numbers for October (Case Number 200 in our example) and including higher case numbers up to, but BELOW the new cut-offs established for November, higher than the previous, and which will appear in the October VB published early September. NL2s for November are subsequently sent out up to the end of September.

The process of cut-off numbers being revised upward to include higher case numbers than those attended to the month before goes on month after month, resulting in cases in all regions being consecutively spread out throughout the fiscal year.

The lower the case number, the better.

Having a low case numbers is an advantage to the applicant. For every time a previously skipped selectee case number lower than those being attended to eventually meets the two prerequisites, KCC would attend to that case before others with higher case numbers who had met the requirement much earlier.

Back to our example. Let’s say, while KCC are working on September cases, Case Number 91 then submits their DS-260 and sends in their required documents; and Case Number 162’s required documents come in. KKC would “return” and attend to Cases 91 and 162 before continuing with cases in the 200s.

The higher the case number, the riskier.

That is the downside of having a very high case number in your region. Every previously skipped case that later meets the requirements is attended to, thereby reducing the chances of high case numbers (toward the end of the queue) being attended to later in the fiscal year.

Many expect those who meet up with both conditions early enough to be “rewarded” with early service, while “late-comers” are penalized. But it doesn’t work that way.

The process of attending to cases, VB release, sending out of NL2s as well as conduct of interviews goes on nonstop throughout the year, with each case interviewed being attended to based on the above-mentioned conditions, and then notified TWO MONTHS EARLIER (counting months, not days).

In October, the process moves another step: examining and scheduling cases to be interviewed in December. The November VB which is released in October, informs applicants of the December “interview range”. As that is ongoing, interviews for October which had been scheduled two months earlier – in August – are held in embassies/consulates around the world.

In November: KCC attend to cases for January; release of the VB for December (showing cut-offs to apply in January); sending out of NL2s for January interviews; while November interviews (which were scheduled in September) are taking place.

In December: attending to cases for February; release of the VB for January (showing cut-offs to apply in February); sending out of NL2s for February interviews; while December interviews (which were scheduled in October) are taking place.

In January: attending to cases for March; release of the VB for February (which shows cut-offs to apply in March); sending out of NL2s for March interviews; while January interviews (which were scheduled in November) are taking place.

In February: attending to cases for April; release of the VB for March (which shows cut-offs to apply in April); sending out of NL2s for April interviews; while February interviews (which were scheduled in December) are taking place.

What does “Current” mean in a VB?

Usually in the second half of the fiscal year, however, it happens that there is no backlog of DV cases to be attended to at KCC. In other words, KCC realize that not sufficient cases are “on file” for a specific region for an upcoming month. In that case, any application from that region (including those with high case numbers) that have met both requirements would be attended to. We say that region has become current.

This scenario favors those with high case numbers who fill in and submit their DS-260 and send in their required documents early enough after realizing they were selected. That was the case of a client of ours who left for the states a couple of weeks ago. While he was on his way to the States, I was quite surprised to learn by means of a comment on this site that a selectee with a lower case number than his was still expecting to receive her NL2.

This simply tells us that the lady met both requirements late in the fiscal year, whereas our client’s case had been “settled” many months earlier. That is why I continue to advise selectees with high case number to be fast in meeting up with the requirements so that when their region goes current, they would “jump the queue”.

VBs at one point or another in the second half of the fiscal year would either show specific cut-offs or “current” depending on whether sufficient cases are on file for the month concerned or not, respectively.

In March: KCC attend to cases for May; release of the VB for April (showing either cut-offs or “current” status to apply in May); sending out of NL2s for May interviews; while March interviews (which were scheduled in January) are taking place.

In April: attending to cases for June; release of the VB for May (showing either cut-offs or “current” status to apply in June); sending out of NL2s for June interviews; while April interviews (which were scheduled in February) are taking place.

In May: attending to cases for July; release of the VB for June (showing either cut-offs or “current” status to apply in July); sending out of NL2s for July interviews; while May interviews (which were scheduled in March) are taking place.

In June: attending to cases for August; release of the VB for July (showing either cut-offs or “current” status to apply in August); sending out of NL2s for August interviews; while June interviews (which were scheduled in April) are taking place.

In July: attending to cases for September (the final cases for that fiscal year’s program); release of the VB for August (showing either cut-offs or “current” status to apply in September); sending out of NL2s for September interviews; while July interviews (which were scheduled in May) are taking place.

And in August, the process resumes for the next fiscal year.

That is how the application process works from the perspective of the system put in place.

Now, when it comes to predictions concerning the month in which a specific case number is expected to be interviewed, it is reasonable to refer to the Visa Bulletin of recent years to see in which month numbers in the vicinity of that case number had their interview scheduled. You may read more on this in our article on Visa Bulletin.

Hope this helps in dissipating doubts you may have had.

DV 2020 and the Ban on Immigration

7 Things you need to know about the DV Lottery