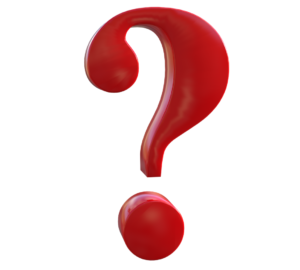 DV-2020 will certainly go down in history as the most troubling of DV programs. For the first few months, it was all business as usual until the Coronavirus pandemic struck and a state of emergency was declared in the United States. Then it all changed.

There are so many questions being asked by DV-2020 applicants, which no-one can really provide tangible answers to – not even KCC, nor the various U. S. embassies or consulates around the world.

However, this month of June will undoubtedly provide answers to most – if not all – of the many questions currently being asked, as the U. S. President is expected to reveal his decision regarding the widely-discussed ban on immigration in the coming weeks.

As you may be aware, on April 22, the president issued an Executive Order, generally suspending entry into the United States of new immigrants for a period of 60 days. The president’s upcoming pronouncement on the status of the Executive Order (E. O.) will contain the answer to the most important of all the questions being asked.

He is expected to say whether the ban will be lifted or extended.

A lifting of the ban will see many DV-2020 applicants complete their application process, with those who are successful eventually emigrating to the United States.

1. the duration of the extension; and

2. whether or not there would be a further extension.

The E. O. was issued primarily “to protect already disadvantaged and unemployed Americans from the threat of competition for scarce jobs from new lawful permanent residents.” In fact the official title of the E. O. – “Proclamation Suspending Entry of Immigrants Who Present Risk to the U.S. Labor Market During the Economic Recovery Following the COVID-19 Outbreak” – is self-explanatory.

So the question that comes to mind is, “Is the U. S. economy currently recovering from the effects of COVID-19?” If yes, then: “Has the threat of competition for scarce jobs from new lawful permanent residents been eliminated?”

The answers to these questions will certainly play a major role in the U.S. President’s upcoming decision.

As we hope for the best for all DV-2020 applicants, we must also be conscious of the fact that an ailing U.S. economy with low prospects for imminent job creation will certainly not play in their favor.

Time is a determining factor in the DV program, and with the September 30 deadline getting closer by the day, coupled with the uncertainty that surrounds the COVID-19 pandemic, one thing remains inevitable: there are many DV-2020 applicants who will unfortunately eventually lose out on the DV-2020 Program.

Let’s pray that it doesn’t include you.