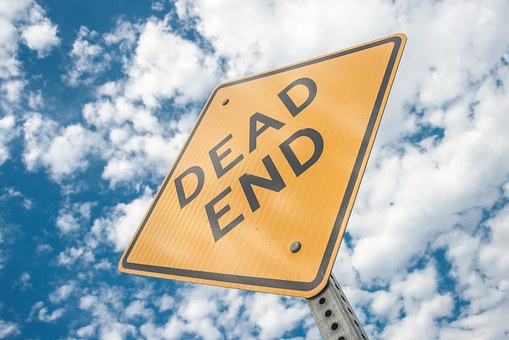 Let me start off by mentioning that this article does not concern those who recently won the DV Lottery (DV 2020 Winners). No, it doesn’t! Instead, it is about those who won over a year ago (IN MAY 2018).

Today marks the end of July 2019. Interview scheduling for DV 2019 applicants who successfully completed their scheduling requirements in time also ends today, officially. I use the term “officially” here because there may be a number of “exception cases”.

Now, a little explanation for those new to the DV Program

The end of July every year marks the official end of Selectees Second Notification Letters (NL2s, for short) being sent out. In other words, all DV interview scheduling by KCC and sending out of interview appointment letters for that given fiscal year officially come to an end on July 31.

This is because the DV program runs on a continual two-month Notification/Interview basis; meaning that DV interviews are generally conducted the second month after applicants get notified. Given that September 30 marks the end of the DV Program for any given fiscal year, July 31 – i.e. two months to September 30 – marks the end of NL2s being sent out. That is where we are presently as it relates to DV-2019 cases. Though it is true that DV-2019 interviews will be held in August and September, only those cases which received their NL2 in June and July, up to today, respectively will get to be interviewed. (More explanation on this in our article on Visa Bulletin). No new DV 2019 cases will be scheduled for interview after this “deadline”.

What does this mean?

The recent few days have seen considerable numbers of NL2s being sent out to DV-2019 applicants. This action by KCC is meant to ensure that, as many DV-2019 applicants as possible get scheduled for interview, considering that the DVs available for Fiscal Year 2019 are yet to be exhausted.

At the time of publication of this article, however, KCC are already in their final hours of work on this final day of sending out NL2s. DV-2019 applicants who have not yet received an email from KCC, directing them to Status Check, have only a few hours left to receive such. In case their NL2 arrives in the coming hours, then that’s good news. But if it doesn’t, then things are not in their favor. They may have just lost a golden opportunity – except they be one of the “exception cases” mentioned earlier.

Indeed, sometimes there are a number of cases of exception, but that largely depends on how many DVs have already been issued for that fiscal year, and how many interviews have been scheduled in relation to the DVs not yet issued. Very few applicants may be part of that exception. But applicants who do not receive their NL2 a couple of days from now have certainly missed out on DV-2019.

That is why it is very important for entrants to check their result as soon as the results are released; and more importantly, for selectees to begin their application process quite early – especially if they have a high case number regionally.

Those with high case numbers within their region are advised to fill in their DS-260 form quite early so that when their region goes current – which normally happens in the second half of the fiscal year, they are immediately scheduled for interview, i.e. provided they’ve also met the second requirement which is explained below. What I’m saying here is, early DS-260 submission puts you in a favorable position when you have a high case number in case your region goes current. Applicants who submit their DS-260 form early enough hardly find themselves in such a predicament as many are, at the moment.

It still baffles me that applicants with lower case numbers than ones processed at our offices are still said to be expecting their NL2 till date. This simply means that somewhere up the line, they delayed; either in filling in their DS-260 or submitting their required documents or both.

NOTE: IF YOU RECEIVE THE EMAIL DIRECTING YOU TO STATUS CHECK, BUT DO NO FIND YOUR NL2, JUST EXERCISE A LITTLE BIT OF PATIENCE; IT WILL SHOW UP AFTER A WHILE.

Recap of the DV Program

The Entry Period (period to enter the DV Lottery) is October to November every year. For DV-2019, it was from October 18 to November 22, 2017 (yes 2017). The results are released in May; (May 15, 2018, for DV-2019). Those who were selected (the ones this article is about) were required to filled in their DS-260 online application forms as the first step in their DV application process, as is the case every year.

Submission of the DS 260 form immediately produces a submission confirmation page which the applicant has to print out and keep to eventually take with them to their interview. A number of weeks / months after DS-260 submission, the applicant receives an email, requesting them to send required documents to a specified email address.

Applicants are advised to constantly check their emails after DS-260 submission to find and promptly respond to the email requesting them to scan and send in their documents. From now on, I’m going to refer to that email as NL1.5 because of two reasons: firstly, it’s not a notification letter in the real sense; and secondly, it comes between the NL1 and NL2.

NOTE: IN ORDER TO RECEIVE THE NL1.5, APPLICANTS MUST HAVE PREVIOUSLY FILLED IN AND SUBMITTED THEIR DS-260. First thing first.

KCC then informs applicants who did as requested, that their documents have been received, and that they will be scheduled for interview. And within a number of weeks/few months, (with their case number current), then comes their NL2 or interview appointment letter, which will provide them with details regarding their DV interview. As simple as that!

If you are a recent winner of the DV Lottery (you won in May 2019), this is how you should proceed to avoid being in a predicament a year from now.

Wishing you all the best.