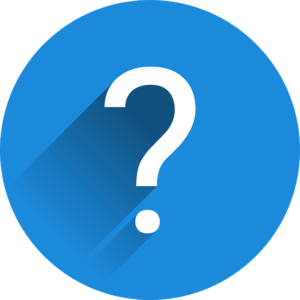 For most applicants of the DV 2022 Program, the joy that comes with winning the Lottery has either considerably reduced or completely evaporated. When the results of this Program were released under a year ago, one had the impression that the Program would be much better compared with its immediate predecessors. But halfway into the program, that feeling is still far from the reality.

Slow Start to the Program

Although there’s no established rule that dictates how many visas are to be issued during specific times of the program year, having a very low number of visas issued during a relatively long period certainly affects the overall issuance numbers. And that’s what has transpired in the case of the 2022 Program.

For the first quarter of the program, visa interviews conducted were so low that only 208 visas were issued during that period.

Then came the removal of the documents procedure from the program which also took its toll. This time, not from the point of view of the interviews conducted, but rather when considering the fate of applicants themselves. When the Diversity Visa 2022 Update was announced on December 9, it was widely seen as something positive. Many applicants jubilated: they wouldn’t go through the ‘headache’ of submitting required documents to KCC.

What they did not realize however is that DS 260 submission was the one requirement on the part of the applicant that made him/her eligible for interview. As such, everyone who had submitted their DS-260 automatically became eligible for interview, thus significantly reducing the chances that each of them had to be scheduled.

To date, 5,150 cases have been interviewed, with a total of 6,888 visas issued as detailed below:

There are still six months to go in the Program, but when you imagine that we’ve reached the middle of the Program with barely 15% of the 54850 visas on offer being issued, then calls for concern become justified.

It is clear: the DV 2022 Program is in a difficult situation. For reasons ranging from COVID-19 to the abolishing of the documents procedure, the Program is so far experiencing the same fate as its immediate predecessors:

– low number of interviews and issuance so far

– massive backlog of cases yet to be processed

A beacon of hope

However, the unprecedented increase in the April cut-off numbers announced last month may well be the very much anticipated turning point in the 2022 Program. That massive increase may have been well calculated. The State Department’s intention may well be to allow for a massive conduct of Diversity Visa interviews during the month of April and possibly beyond.

This is the last beacon of hope for this Program. If the assumption that the massive extension of the April cut-off numbers is intended to increase Diversity Visa interviews in April ends up becoming a reality, then what we may soon experience is not only a turnaround in the 2022 Program statistics – for the better – but also a possible return to near pre-COVID issuance data.

On the other hand, if the assumption does not materialize as we move through the month of April, then there wouldn’t be much to look up to from the applicant’s point of view. The DV-2022 story – in that case – will end up like those of the two programs just before it.