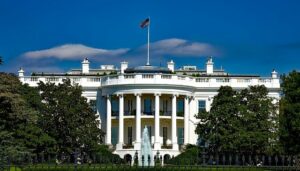 If there’s one thing outgoing U.S. President Donald Trump will be remembered for abroad, it’s probably his stance on immigration.

During his 4-year tenure as president of the United States, the outgoing president introduced a number of ‘decrees’ which prevented immigrants from entering the United States. Starting in 2017, his executive orders and presidential proclamations were largely regarded as targeting ‘less-fortunate’ countries. His final ban on immigration, imposed following the outbreak of COVID-19, however was largely non-discriminatory and somewhat proved proponents of the ‘less-fortunate countries’ theory wrong. That final ban on immigration targeted nearly all potential U. S. immigrants on grounds that their presence in the United States would introduce competition for jobs with U.S. citizens.

An Apparent Relief to DV Hopefuls

With the inauguration of a new president, all that appears to be about to change. As the former president leaves office, immigration hopefuls – especially DV 2021 selectees – are beginning to breathe a sigh of relief. The incoming president – a Democrat – is not only generally perceived to be pro-immigration, he’s expected to take concrete steps in the form of counter Executive Orders (EOs) in his first few days in office – according to sources close to him – to sort of ‘dampen the legacy’ of his predecessor.

One of such EOs is expected to target Executive Order 13780 (13769 in its original form), informally referred to as the Muslim ban as it targeted a number of predominantly Muslim countries. This ban prohibited nationals from countries such as Iran, Libya, Syria, Somalia, Yemen among others from traveling and or immigrating to the U.S.

Is this a Real Relief?

But amidst news of the new president’s intention to overturn a number of his predecessor’s decisions, nothing has been mentioned regarding the more recent, closely-related, but much more extensive Presidential Proclamation 10014 which suspended “entry of immigrants who present risk to the U.S. labor market during the economic recovery following the COVID-19 outbreak,” meaning the presidential proclamation in question – for its part – will remain in place.

Let’s not forget: Executive Order 13780 and Presidential Proclamation 10014 are two separate presidential decrees. It is a less daunting task for the new president to overturn the former – as is expected in the coming days – than it is for him to the latter, considering the current state of COVID-19 in the United States: daily infections and deaths have been at an all-time high in recent weeks.

Overturning only the former will surely not help the current state of the DV program, especially for 2021 selectees who have placed their hopes very high in the incoming U.S. Administration. In case only EO 13780 is overturned (and not PP 10014), it will be a big blow to the DV-2021 program. We’ve already lost four months, and with such a situation playing out, more will be lost.

Let us therefore hope that the executive order being crafted by the new U.S. Administration will not only roll back the ban on the majority Muslim nations (and others added later), but also the more recent presidential proclamation which has adversely affected the DV program over the past nine months.

Otherwise, the current stalemate the program is experiencing will drag on for two more months – until the duration of Presidential Proclamation 10014 expires on March 31st – or perhaps later.

Every single day that passes without the lifting of this ban means more and more cases being ruled out of the DV-2021 program. Let’s not forget: the DV program is – and has always been – a race against time . . .