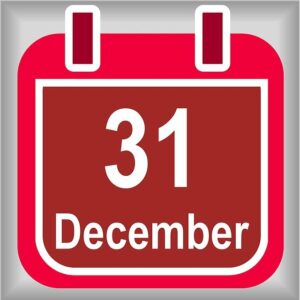 You’ve probably recognized this date: it’s the date announced by the U.S. president more than six months ago as the end date of the ban on immigration to the United States.

This means, all things being constant, we should see a return to “business as usual” as far as immigrating to the United States is concerned. But how soon can we expect that to actually happen?

In other words, although the ban on immigration officially ends today, will we witness a U-turn in U. S. immigration policy as of tomorrow morning? Certainly not!

There are a couple of factors which could result in delays in returning to “normality” as far as immigration is concerned.

1. The current U. S. president still has time in office

Although it is highly unlikely that the ban will be extended beyond today considering that the president is in his final days in office, we do not expect major changes in how things are handled from the immigration point of view before the new administration takes over.

For example, so many U.S. embassies around the world remain closed. The end of the ban today will certainly not cause them to reopen automatically. The truth is, until January 20 or say 21, the U.S. State Department still answers to the current president.

With that reality, if “favorable actions” should be taken on the ground, one would expect them to begin to take shape from the month of February – at best guess.

Even with the “pro-immigration” label that has been ascribed to the incoming U.S. Administration, things don’t happen overnight. Decisions will have to be made to give birth to policies. And policies take time to be implemented. And don’t forget: the Diversity Visa program or immigration as a whole will not be a priority of the new U.S. Administration; there are more pressing national and international issues than these.

With the new wave of COVID-19 infections and news of the emergence of a seemingly deadlier virus in our world, one would ask: “What will be the actual approach of the new Administration after taking office?”

That is, in light of the current reality of the United States (and the world at large), will the new U.S. Administration implement a national “open-door policy” (as is widely expected) or will there be “check and balances”, thereby resulting in additional delays to the DV 2021 program – a program whose clock is ticking – much to the disservice of selectees.

As experience has shown, winning an election and having the will to achieve things is one thing. And assuming office and being advised on what concrete actions to take in the interest of the nation is quite another.

In spite of this reality, let us exercise caution as we hope for good, lest we become heartbroken at the realization that our expectations eventually turn out distant from the reality.

As for how things will finally play out, no-one can predict with certainty. It’s only time that will finally tell.

Against most expectations and unfortunately for DV-2021 hopefuls, the ban on immigration has been extended by the U.S. president (who’s still in charge) for the next three months – up to March 31. We are yet to see how soon this decision will be overturned by his successor.