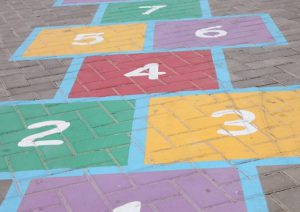 Image by Abby Haukongo from Pixabay

We’ve discussed several things about the Diversity Visa Lottery in many articles at different points in time. And I thought that it wouldn’t be a bad idea to write a post which will not only gather a number of important DV-related points in one place, but also serve to remind our readers about some basic information they may have forgotten over time.

Diversification of the U. S. immigrant population

Before the Diversity Program came into existence, there were a handful of countries which produced nearly all immigrants to the United States. Immigration from other countries was either very low or nonexistent. So, in order to increase the rate of immigration from countries that weren’t sending as many immigrants to the United States, Congress established the Diversity Visa program: to create a kind of balance between countries that had very high immigration rate and those whose number of immigrants was quite low.

Within the framework of the Diversity Visa Lottery, the U. S. State Department makes available 55,000 immigrant visas to natives of eligible countries during each fiscal year.

(The key word here is “natives”. It’s not enough to be a citizen of an eligible country; you have to be born there. See Point # 4 below for additional explanation).

It is possible for all 55,000 visas to have been issued in the days or weeks leading to the September 30 deadline.

When that happens, all applicants who haven’t received visas by then lose out on immigrating to the United States on the basis of the DV Program for that fiscal year. They would have to start the entire process all over, beginning by entering the Lottery during the next Entry period.

A country’s natives become/remain eligible for the DV Program if that country didn’t produce as many as 50,000 U. S. immigrants during the last five years. Those are the countries whose natives are allowed to enter the DV Lottery.

On the other hand, if a country hits the 50,000 mark as far as immigration of its natives to the United States during the last five years is concerned, then that country becomes/remains ineligible for the DV Program for the fiscal year concerned.

This means that a country could be eligible in one year, and ineligible during the next; and vice versa. It all depends on the number of immigrants the country sent to the United States during the last five years.

A couple of weeks to the beginning of the Lottery (precisely in the month of September), the U. S. State Department publishes the list of eligible countries (countries whose natives will be eligible) for the upcoming Lottery the following month.

To be eligible to enter the DV Lottery, you must meet the following three conditions:

A. you must have been born in an eligible country.

C. you must be in possession of a valid, unexpired passport

Note: In case you do not meet the first condition for eligibility (i.e. your country of birth is not eligible), there are two other ways you may become eligible:

After the Entry period, entrants have to wait for up to six months (the beginning of May the following year) to know whether they were selected. Those who are selected are then given the opportunity to apply for available Diversity visas.

Selection of successful entrants to the DV Program is carried out at random by computer. This means that there’s nothing an entrant can do to ensure that he/she gets selected. To ensure a level playing field for all entrants, each entrant is allowed just one entry.

There are however a number of scenarios where some entrants have the opportunity of being part of more than one entry, thereby increasing their chance of being selected. Such is the case of spouses: a husband can include his wife as part of his entry, and a wife can do likewise.

In such a case, each of them has two chances of being selected – instead of one. Their child who is below 21 years could have a third chance provided he/she has completed high school.

In recent years, DV Lottery initial selection for the 55,000 available visas has been in the tune of 80,000 plus.

The Diversity visas are distributed among six geographical regions. These regions largely correspond to the continents. There are a certain number of visas allocated to each region, and all applicants from that region “compete” for the number of visas allocated for that region, with no country receiving more than 3,500 (7%) of the Diversity Visas available in any given fiscal year.

Although there’s much more information about the Diversity Visa program, the above seven points – and their inherent details – are worth remembering. They go a long way in laying the foundation for understanding the DV Program.