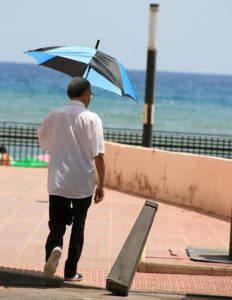 Be “DV Responsible” This Year!

2019 has gone by; here we are a few days into 2020. Obviously, the Diversity Visa Program continues .

Like last year, this is another year of opportunity for those who will prepare themselves and work towards their goals. This applies to all areas of life, including the Diversity Visa Lottery. Someone may think, “it’s a lottery, and you don’t have much of a say in it.” True to SOME extent, but not entirely.

You Have a Part to Play

For some, the responsibility begins with becoming informed. Many are those who have never heard of this opportunity to immigrate to the United States. I remember chatting with a member of an online community which I’m a part of, and asking her whether she had ever heard about the DV Lottery. She responded, “Never.” And I was like “Wow!”

Others have, but are quite ill-informed. Can you imagine someone approached us a few days ago to check his DV 2021 result? He didn’t even know when the results are published, let alone how the process works.

So getting informed – for those who aren’t quite abreast about the DV Lottery – is a great way of beginning their “DV responsibility”.

The next step of responsibility is accepting to be a part of the process. Not all eligible persons are interested in the Diversity Visa Lottery. There are those who simply don’t care about immigrating to the U.S. or any other country for that matter. They seem to be fine where they are. So deciding to enter the Lottery is part of an entrant’s responsibility.

Then putting the information gotten/ decision made into action during the Entry period: having your photo taken, uploading it or having it uploaded, and correctly filling and submitting the Entry form or having that done on your behalf. These are all part of your responsibility.

Another aspect of your responsibility is providing your exact information when filling in the Entry form. State correctly who you are and “how” you are. In other words, simply admit / enter the truth about your current status. It pays a great deal to do so. Many a person has been denied later in the application process for having entered misleading information.

It’s also part of one’s responsibility to enter the Lottery without delay during the Entry period. As I mentioned in a previous post, many were left out during the last DV Entry period because they waited until the eleventh hour before attempting to enter, which is strongly advised against even by DV authorities.

The entrant’s final responsibility has to do with checking his/her result soon enough after same is released in May, as delaying doing so could have unforeseen consequences were he/she to be selected.

After checking the result, the entrant has played their part, and the result would determine whether or not they begin a new line of responsibilities – as an applicant.

A positive result turns the DV entrant into a DV applicant, provided he/she is aware of that result, and opts to officially apply for immigration to the U.S. There and then, a new set of responsibilities begin.

Responsibility Number 1: the filling in of the DS-260 form. Carrying out this responsibility official informs DV authorities of your intention to be a part of the application process; ignoring it equates to exclusion. Next in line would be sending in designated documents when requested to, in line with DV requirements. No-one avoids this responsibility and succeeds.

A key but “silent” responsibility on the part of the applicant is patience. With the DV program, you’re in for the long haul. Unfortunately, most DV applicants don’t seem to realize that. After waiting for six months or more to get to know their result, they don’t have more patience to spare. With a positive result, they expect to just board a flight for the U.S. But it doesn’t work that way.

Applicants waiting times range anywhere from additional six to eighteen months. And only a fraction of applicants usually find themselves on the lower side of that range; most have to wait much longer.

That’s why patience is a key responsibility on your part. As long as you’re observing the rules, just keep your calm, and continue being patient . . . up to the very end. During your waiting time, you would have to regularly access your status check, until the “breakthrough” happens.

But even with that, your responsibility doesn’t end. You would have to prepare yourself for the D-Day by reading and following all instructions to that effect, and be present and on time; and the consular officer will decide whether your responsibilities end there, or whether there are still a few more to carry out

In the latter case, you would be instructed what your next line of responsibility would be. Generally, it would be to return to pick up relevant documents a number of days later. But even after doing so, your responsibility still goes on: you would have to immigrate within a specified number of months.

Taking care of yourself during the entire process is part of your responsibility, and should not be neglected.

There you have it: one responsible after the other; from the beginning to the very end of the process.

My wish is that you be “DV responsible” in this new year, whether or not you are selected come May.

In case you’re unsuccessful, don’t give up. Retry during the next Entry period. Remember, success only comes by daring, (not by staring). And remember to be responsible in your daring.

Happy New Year! All the best to you and yours as far as your interest in the DV Program is concerned.

Now that you’ve been selected in the DV Lottery