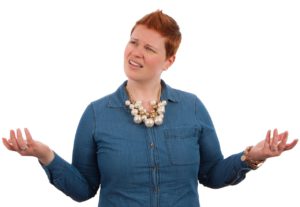 Life – as we knew it – has been significantly disrupted by the COVID-19 pandemic: millions of jobs lost, air travels almost entirely halted; soccer match being played in empty stadiums; national leaders confined within their borders (probably for the longest period ever in history); not to mention the more than half a million lives lost to date, just to name a few of the consequences the deadly virus has had on humanity.

Who could have imagined a few months ago that humans would become overly cautious of other humans? Or that activities would have become dormant on a global scale? Or that mankind would have been confined to their dwelling, banned from public gatherings, and demanded to keep a distance from others whenever they ventured out.

If the existence of seven billion people has been impacted to such a great extent, what does one expect of the fate of tens of thousands? Would it remain intact?

It is understandable that Diversity Visa applicants be uneasy considering the current state of the DV Program. It is also acceptable that U.S. enthusiasts keep their aspirations alive. But in so doing, one must consider and accept the reality. We must remember that the DV Program is not conducted outside of human reality. What afftects the world affects every aspect of life in the world, including emigration to the United States.

In as much as COVID-19 has considerably impacted the activities of mankind, it is quite normal that the Program be in dire straits. After all, the DV Program is part and parcel of human activities. There is no reason why one would expect the DV Program to continue to run normally when every other aspect of human existence is in chaos.

Is the DV Program going to continue?

That’s the question many have been asking due to the prevailing situation. I then may ask, “Is life going to continue?”

Strangely enough, there are some who are more concerned about the DV Program continuing than they are about life as a whole returning to normal.

The question is: “Normality on the global scene and emigration to the United States, which depends on the other?

I think the concern of such people should be the other way around: we should be more preoccupied about normality returning to our world, because that is when normality will return to every other aspect of our life, including the DV Program; than expect the DV Program to return to normal in the midst of global chaos and uncertainty.

Why are things as they are?

In the decades leading to COVID-19, the world had become systematized; things didn’t just happen. Human activities had become generally ‘meticulously’ planned, organized, and scheduled before being implemented. A pandemic of the scale of COVID-19 obviously throws every organization previously carried out into disarray, with infinite repercussions. That is a major reason why COVID-19 has had a shocking impact on humanity.

What’s the Current Status of the DV Program?

The impact of COVID-19 and all its related consequences affects three consecutive DV Programs:

The luckiest of DV-2020 applicants were those who had their interviews quite early on in the fiscal year and who travelled to the United States before the state of emergency was instituted in the country. Nearly all others have been faced with one issue or the other: from expired or non-issued visas, to cancelled interviews, to not being invited for interview. And the list goes on.

The COVID-19 pandemic struck less than halfway into DV-2020, leaving the bulk of DV-2020 applicants yet to travel to the United States, with the fate of most cases hanging in the balance.

We are currently just over two months to the official end of the DV-2020 Program, with more than two-thirds of applicants unable to complete their application process.

The question remains, “what will become of such applicants?” Under normal circumstances, they will end up losing their right to emigrate to the United States under the DV-2020 Program.

There are currently a number of lawsuits underway in the United States intended to block the ban on immigration extended by the U. S. president.

The lawsuits don’t only concern DV-2020 cases. They are also meant to work in favor of some non-immigrant visa categories as well as DV-2021 cases affected.

In actuality, the lawsuits are not expected to achieve much as it relates to DV-2020 cases. The DV Program for each fiscal year runs within a specified time frame. It is clearly stated that “Under U.S. law, all Diversity Visas for a fiscal year must be issued prior to September 30”. Moreover, the DV Program runs on a two-month scheduling basis, making this month the final month of scheduling of DV-2020 cases – cases that were supposed to be interviewed in September 2020. (The Visa Bulletin to that effect has just been released).

As such, the lawsuits will not benefit DV-2020 applicants under normal circumstances. By the time the lawsuits are concluded, even if they succeed in stopping the extended ban on immigration, there wouldn’t be sufficient time for the ‘unserved’ DV 2020 applicants to continue and conclude their application process.

There is also a petition posted on the petition section of the website of the White House requesting an extension of the DV-2020 Program or exemption of its applicants from the extended ban on immigration. Such petitions are meant to empower U.S. citizens to take action on issues of interest to them; and require at least 100, 000 signatures to be considered for response by the Administration. Unfortunately, with only a couple of days left of the 30-day duration allotted, the petition has managed to gather just above 11.25% of the required signatures, which could be interpreted as the petition not having much support.

Thirdly, and perhaps most damaging to the remaining DV-2020 cases is the indication on the State Department website and in selectees’ notification letters that “Selection does not guarantee that you will receive a visa.” Though painful it may be, this clause takes away all possible claims that applicants to the DV Program could have.

There is therefore no much hope. After September 30 this year, applicants of the DV-2020 are to lose out on the DV-2020 Program from both legal and practical standpoints.

Their only hope perhaps would be ‘generosity’ – if that is possible – on the part of the U. S. Administration to have some sort of consideration on them. And any such gesture would definitely be a miracle.

DV-2021 hopefuls with low regional case numbers have also been impacted by the extended immigration ban. The ban includes the first three months of the upcoming fiscal year. If it remains in place, DV-2021 applicants who should normally get interviewed from October to December 2020 will have to wait until the new year.

But there again, there’s another clause; this time, in the presidential proclamation extending the ban, which evokes some sort of uncertainty regarding their cases: “The Proclamation shall expire on December 31, 2020, and may be continued as necessary.”

Meaning, the impact of the extended ban on the 2021 Program may well continue beyond the first three months of that program – under the current U. S. Administration – if the situation of COVID-19 remains unsettled. The election of a new U.S. Administration in November could however lead to other possibilities.

DV-2022 remains the ‘safest’ of the three affected DV Programs. Firstly, the initial steps in the DV-2022 Program – as is the case with all other programs – are conducted either ‘in house’ or online: the Entry period should obviously take place early in the upcoming fiscal year; the selection process will then be done – as usual – for the following several months; the publication of the results, as well as the beginning of the application process will be made possible online. That’s up to close to a year’s time, when hopefully things should be much better off than now. Then the rest of the DV-2022 Program would be conducted normally.

What to Do Then?

Keep hope alive! That’s just the best anyone can do in a time of uncertainty.

With the prevailing circumstances, all we can do is to hope and pray that things end up in the interest of DV applicants. And that life returns to normal to avoid us constantly speculating and endlessly hoping.

But at the end of the day, if things don’t go as we would have loved, then we’ll have to simply pick up the pieces and move on. This is a hard one for most DV applicants. But like it or not, life must go on whether you emigrate to the United States or not.

Have you ever considered those who have been denied a Diversity Visa? Truth is, they’re still alive. Here’s another one: What if the U.S. Congress were to call off the DV Program today? Would that mean the end of your life? Certainly not!

So we hope and pray that normality returns to our world because that is when every other thing, including the DV Program will get back on course.

But as you hope and work toward emigrating to the United States, always have at the back of your mind that, in any human activity for that matter, there’s always need to create room for disappointment. Disappointment is not to be desired, but when it does occur, simply take a deep breath, put it behind and MOVE ON!

I wish you all the best in whatever cause you undertake in your quest for prosperity in this life!

Current Status of the DV-2022 Program