With less than a month to go before the start of Diversity Visa 2021, this article aims to encourage individuals who may be reluctant when it comes to entering the DV Lottery. DV 2021 is going to be a “special” program; special because there will be greater chances of entrants being selected.

What Am I Saying

There are two reasons why the upcoming program will “favor” those who would enter.

Firstly, the issue of a passport being a requirement. 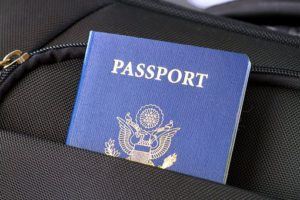 For those who aren’t yet aware, principal applicants need to have a valid passport to enter Diversity Visa 2021. I wrote an article on the issue when it was first announced few months ago, in which I predicted (and still insist) that the total number of entries for DV-2021 is going to reduce drastically.

The passport measure was introduced to curb the incidents of fraud experienced over the years. There have been cases where fraudsters obtained the personal data and photos of individuals from social media or other sources, and entered those people in the DV Lottery without their prior knowledge in order to demand a high “remuneration” for the release of the details in case those individuals are selected.

Such a scam would be difficult this time around as a person’s passport number is not always easily attainable. Hence, there would be a massive reduction in the number of fraudulent entries submitted during the upcoming Entry period.

In addition to the number of fraudulent entries which are expected to be curtailed, the following groups of potential entrants without a passport will also not be a part of the DV-2021 Entry process:

1. Those who do not have the means to acquire a passport

Passport are relatively costly in many countries, and a lot of people may not be financially potent to get one before the end of the Entry period.

2. Those who will not get informed of this new rule in time

Getting a passport sometime takes a couple of weeks. There are some who would attempt to enter during the latter part of the Entry period, and will then get to know of the regulation concerning passports. Time will not be on their side, even if they have the means.

3. Those who may be aware, and have the means, but do not have the time

Getting a passport usually requires absence/excuse from work, hours of sitting/standing in a queue, and the like. Many will be reluctant to forego other activities in favor of acquiring a passport. Others will not be granted excuse/leave during the Entry period.

4. Those who only go for a passport when there seems to be a sure traveling opportunity

This is prevalent in less developed countries. Such people may not bother getting a passport since the probability of winning the DV Lottery has always been very low.

5. Those residing in a foreign country (on other traveling documents, as refugees, etc.) where it is impossible to apply for or take possession of their national passport.

We’re talk about MILLIONS dropping out of Diversity Visa 2021 who would have otherwise been a part.

You Know What This Means?

In a lottery or any competition for that matter, the absence of a “contestant” increases the chances of others. So imagine what the absence of millions from DV-2021 would do.

Though it is true that the high absence rate will not be experienced in all regions alike (nationals of developed countries tend to be in possession of passport more than those in less developed/underdeveloped ones), there’s certainly going to be greater overall chances for entrants come October 2019.

The Second Reason Why

Secondly, there will be more than 50, 000 DVs “on offer” for the coming fiscal year.

The Act that created the Diversity Immigrant Visa (DV) program allocated 55,000 DVs for that purpose. However, due to the large number of Central Americans seeking asylum in the United States in the mid-1990s, 5,000 of those DVs set aside were reserved for the asylum seekers, within a framework referred to as NACARA (Nicaraguan Adjustment and Central American Relief Act), which aimed at providing the asylum seekers with U.S. permanent residence status. Thereby leaving available 50,000 to the DV program.

The 5,000 DVs allotted to the asylum seekers were to remain reserved to them “as long as is necessary”. Entering FY 2020, there are fewer than 5,000 NACARA cases still remaining. The 5,000 NACARA visas for FY 2020 will therefore not be applied for in totality. What’s not applied for automatically returns to the Diversity Visa 2021 program.

Meaning, for DV-2021, total DVs available will be 50,000 PLUS what’s left over from the NACARA Program, an additional reason why entrants would have a higher change of being selected.

This may Be Your Chance

Hence, citizens of eligible countries who are interested in, but have never entered the DV Lottery because of one reason or the other; and those who have been discouraged, after entering on several occasions, without being selected, but are in possession of valid passports, are highly encouraged to give the Program a(nother) try. This may actually be their year of success.

Now that you’ve been selected in the DV Lottery