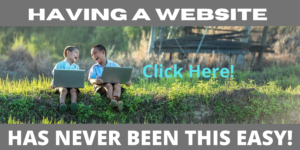 (Note: The following article concerns the number of selectees for the already-ending DV 2021 Program. For the same information about the upcoming (DV 2022) program, CLICK HERE.)

As was expected, the September Visa Bulletin has been released. And it contains a breakdown of the number of selectees for the DV-2021 Results which were released on June 6, 2020.

As is the case every year, the numbers have been provided by country; with Algeria, Egypt, Sudan, Iran and Russia having the highest numbers of selectees – each topping 6,000.

The total number of selectees for DV-2021 is 132,404, making this year an over-selected year. With that number, there will certainly be no second draw as some had been hoping: the status of those not selected in June will remain as such.

In addition, this number also indicates that as many as 77,654 (i.e. more than half of the total selectees) will eventually not receive visas at the close of the upcoming fiscal year. That is because there will be only 54,750 visas available for that much larger number of selectees.

This massive reduction in qualified entries submitted during the DV-2021 Entry period (Wednesday, October 2 to Tuesday, November 5, 2019) was undoubtedly due to the introduction of the passport regulation .

The September Visa Bulletin also contains – as usual – the regional cut-offs for the first month of the new fiscal year – October 2020. However, with the extended ban on immigration still in place, those numbers are not of much importance. Unless the ban is overturned in the coming months, early DV-2021 interviews are not expected to be conducted.

Finally, the September Visa Bulletin admonishes DV-2022 hopefuls to expect details regarding that program by means of the official State Department Visa web page in the coming months (It could actually be as early as next month).

The breakdown of selectee numbers by region and by country, as displayed in the September Visa Bulletin, appear below, in alphabetical order: