It’s been a month

It’s been a month since the DV 2020 Entry Period came to an end. I like took off an entire month to rest from DV-related activities, including working on this website, after several weeks of real hard work, ranging from taking photos to eventually submitting entries online for hundreds of entrants in our city.

This was our most effective campaign so far as turnout and cost are concerned. And because of the mechanisms put in place this year, we expect to also get the highest number of winners ever from a single Entry period. During the just-ended Entry period – like in ever year for that matter – we had entrants from all walks of life. Some were university students, while others were professionals or business people. Some were young; others, old. But they all had one objective in submitting a DV entry: to change their current living condition by attempting to immigrate to America. 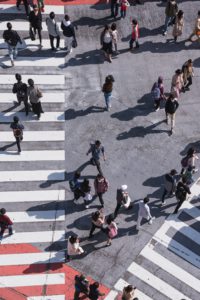 And as mentioned above, turnout was particularly high. Unlike in previous years when we experienced a fluctuation in turnout by week, this year’s relatively high turnout was experienced throughout the Entry period. This may have been due to the reputation we have build over the past few years, or perhaps as a result of the rumors that the DV Lottery would soon be stopped – which of course is not true. Whatever the reason was, the number of those who played the Lottery at our “center” this year was unprecedentedly high.

The number one challenge we had this year was bad internet connectivity. The first couple of weeks of the campaign was marred by very slow Internet connection, thereby causing massive delays in the entry submission process. This was particularly troubling on days when there were many entries to be submitted. It even caused delivery of confirmation to be postponed in many cases. The situation was however settled by our internet provider toward the end of the Period. We promptly took advantage of the rectification to submit all entries that had been lingering as a result of the slow connection.

One notable occurrence during this year was the last minute rush. We are advised on the official DV website not to wait until the final week to submit our entry because of problems we may encounter on the website. But many people are ignorant of this advice. As a result, we experienced high influx of customers during the final week. A week and a day to the deadline, rumors circulated that the Entry period would have ended the following day. Those who had not submitted an entry up to that time therefore decided to do so, fearing being excluded from DV 2020.

Hence, they turned out in their numbers, made a lot of noise, and demanded to be attended to. However, most of them soon learned that there was still another week to go. And so the anxiety subsided, allowing us to breathe some fresh air and continue the process without stress.

The same scenario was repeated a week later. There were last-minute crowds. Because of the numbers, entrants were asked to only fill in their entry forms, get their photos taken, and return the next day – which was to be the final day – to receive their confirmation.

On the final day, we had a more relaxed atmosphere. Because we had received so many entries the previous day, we did not accept new ones until we were done with those on hand. That took us nearly the entire last day. We only began to accept new applications some four hours to the deadline. And even at that, entrants continued to pour in till the very end. There were a number of individuals who simply did not enter the Lottery this year due to their failure to adhere to the advice mentioned earlier.

With a month gone since the end of DV 2020, life has returned to normal. DV anxiety has faded away. The “waiting period” is now on. Entrants have since returned to their occupations, with their confirmation kept – for the most part – in a safe accessible location, hoping and even praying – in most cases – to be one of the lucky winners, come May 7, 2019.

What has become of the DV Program?

COVID-19: And this too shall pass!